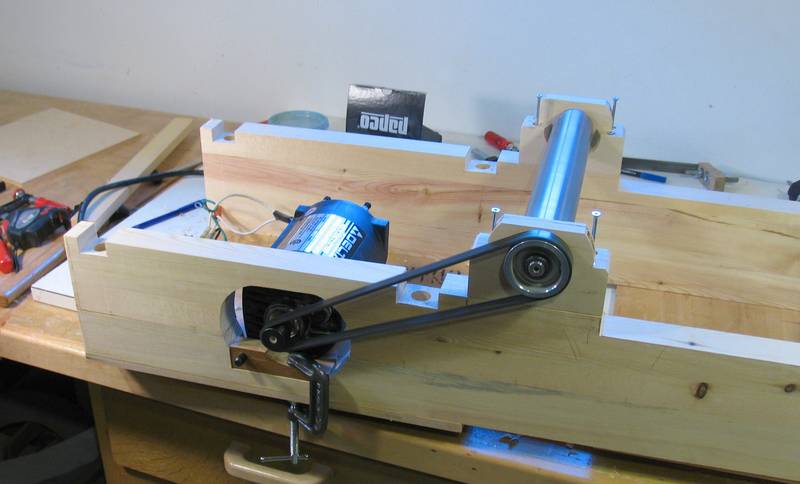 This is a belt-driven 3, rpm, 1. The unit is a restored machine manufactured by H. Wood Machinery Works ca. Chris Marshall: Is the jointer connected to that motor now?

If so, how well is the machine cutting? The distance between the little knife-mark scallops in the wood is an indication of how fast the cutterhead is spinning, plus how fast you are feeding the wood over the knives. I started by tearing down my Delta planer for parts. So that freed up the old planer to use as parts for my experiment.

Specifically, I wanted to reuse the cutter head, knives, and motor. The motor is unfortunately a universal motor. This makes for a small but loud and inefficient motor. Even though this build was an wpin, I drew it up in CAD, just to figure out how some of the parts would fit together - assuming it would work at all.

I later used that CAD model to draw up a detailed set of plans for the jointer. I used my BigPrint program to make some large printouts to work from. Although I started with lumber wide enough ppaner the sides, I cut it into strips so that I could alternate the curvature of the growth rings to cut down on potential warping of the frame from seasonal humidity changes.

But I found adjusting that circle cutter accurately only marginally less frustrating than my improvised circle cutter I made when I built my second bandsaw. I had to cut quite a few test holes before I got it mptor to produce a tight fit with the 40 mm diameter bearings.

Here's gluing together one of the bearing mounts. 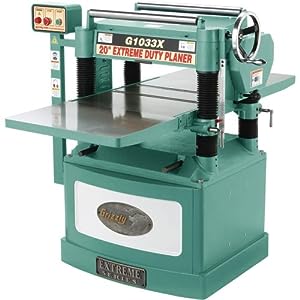 I bought a 27" long mm serrated belt at a bearing store to replace the short belt that the planer came with. Motlr need to mount the motor further away from the cutter head to allow room for shavings to fall down. I decided to make a parallelogram mechanism to raise and lower the infeed table. 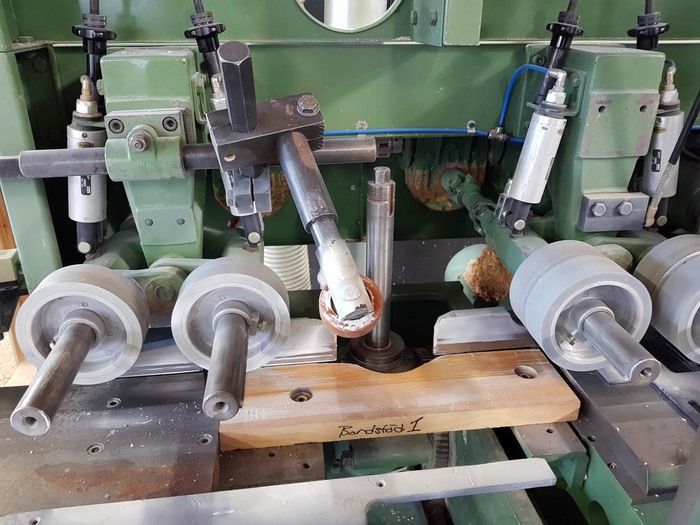 Here's the links for the mechanism ssecond out, ready for cutting on the bandsaw. People often ask me "why don't you use CNC". Besides, I already use a low-cost CNC paper marking machine to make the paper layout. John T. I was a little reluctant to first purchase this head for my machine.

I have done tons of research on whether or not the cost of an upgraded cutterhead would be worth it.

· First spin up of the cutter head. It was a bit noisy, but it seems to work. I bought a 27" long ( mm) serrated belt at a bearing store to replace the short belt that the planer came with. I need to mount the motor further away from the cutter head to allow room for shavings to fall down.  · At 2, rpm that is rev per second. With a 2 blade cutter head that is about 93 cuts per second. Unless you are pushing the board through very fast any scalloping because of cutter head speed is going to be very difficult to see. Have you tried varying the downward pressure you are putting on the board and where you are putting it?  · The TCTP uses a drive belt that turns the cutting head. On the other side of the cutter-head is the chain drive that drives the out-feed roller which then drives the in-feed roller. I recently purchased the very same unit used for $ from some one on a local sell that promised it only needed new blades.

Boy am I pleased of this purchase. The staff at MyWoodCutters recommended this cutterhead because of the ease of alignment when you install each of the carbide cutters. The ease of replacing the cutterhead is an understatement dpin.

When I first turned the planer on I had to check my ears to see if I had my earplugs in or not. The difference in sound when running is amazing. It is quieter now planing lumber than when I had the original head in just zecond. This alone is worth it in my opinion. All I can say is wow. Beautiful finish.

If I would have did this much planing with the cuttsr head I would have had at least one little knick in the HSS blades. Not so with the carbide cutters. So long story shortened. Buy this head. And a special thanks to the people at MyWoodCutters. Great to deal with and extremely helplful. Brad Green.

4 thoughts on “Second motor to spin up cutter head planer”